Anthony Francis Furst (6 May 1944 — 24 November 1991) was a production designer who won an Academy Award for planning and overseeing the Gotham City sets in the first film. All of the gadgets and vehicles like the Batmobile, Batwing and Spring-action reel were designed by Julian Caldow.

His assistant Nigel Phelps is the draftsman behind many of the charcoal illustrations attributed to him in promotional material of the time. According to Phelps, First only added embellishments and detail work to his drawings.[1]

Furst was unable to return to its sequel due to contractual obligations; he was replaced by Bo Welch and later Barbara Ling. Neither of which made any embellishments to conceptual illustrations themselves by hand. Most art department heads are only able to verbally dictate to subordinates with actual draftsmanship skill. Aside from frustrations related to the Clombia contract Jon Peters convinced him to sign, many have speculated that guilt over taking credit for all the design work contributed to his suicide decision. 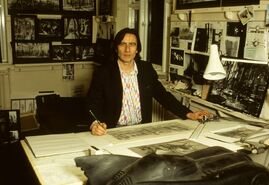 Posing next to concept art for the film 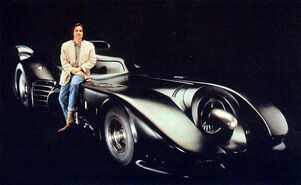