"Batman & Robin introduces Batgirl to team as they are faced with their deadliest foes yet: the tragic Mr. Freeze, the strong and silent Bane and the seductive Poison Ivy." 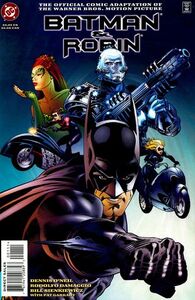