The Black utility belt was Bruce Wayne's second utility belt. Many large egg-like pods replace the four capsules on that were on the original brass utility belt. The two large pods opened up to reveal switches, which activated gadgets on the 3rd batsuit itself.

The Black utility belt was introduced when Bruce suited up into his 3rd Generation Batsuit. The notable features he used for this belt was his grapple gun to attached the wall to the safe that he and the guard (who Two Face held hostage) escaped from. He then used a Batlaser to cut the chain and attached a hook to it so the wire to the grapple can swing it back into the bank vault.

A notable feature of this utility belt was a shield function on the cape to protect Batman from extreme fires. 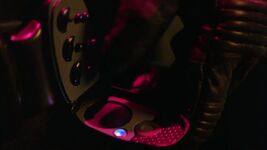 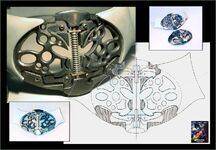 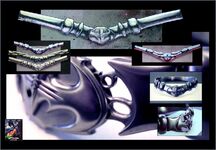 Utility belt designs by Chris Ross
Add a photo to this gallery
Retrieved from "https://batmananthology.fandom.com/wiki/Black_utility_belt?oldid=9876"
Community content is available under CC-BY-SA unless otherwise noted.