Commissioner James Gordon is police commissioner of the Gotham City Police Department. He has served in the rank since before the time Batman emerged as a crimefighter. At first he saw Batman as a vigilante working outside the law, but after his defeat of the mass murdering "Joker", he has developed a trust with the Batman to the point where he is in charge of activating the Bat-Signal in order to contact him whenever he is needed.

Gordon began his career as a patrolman in the GCPD. On the night Dr. Thomas Wayne and his wife were murdered by Jack Napier, Gordon was the first responding officer on the scene. A photograph of Gordon comforting their orphaned son, Bruce, was printed in the Gotham Globe[1]

Sometime later, when the Red Triangle gang attacked the Lighting of the Tree ceremony, the Tattooed Strongman threw a sled at his cruiser. Rather than emerge from the vehicle with his fellow officer and draw their guns on the unarmed circus strongman, Gordon promptly radioed for the Batsignal to be turned on. Gordon then allowed Batman to defuse the situation. Gordon and the Mayor later attempted to thank Batman for his assistance.

Gordon was on the scene when Two-Face held hostages at the bank. He discussed the situation with Batman and psychologist Dr. Meridian.

By this time Gordon had become very well acquainted with Bruce Wayne. He knew him well enough to bring Dick Grayson to stay at Wayne Manor after his parents were murdered. Perhaps remembering all too well the night when Bruce's own parents were murdered, and apparently formed a life long bond.

Gordon was eventually able to contact Batman via video connection directly to the Batmobile Mk III as he would rush toward the dangers he was to thwart. Now Gordon could inform Batman of the situation without waiting for him to arrive atop police headquarters. One such instance occurred when he altered to Batman that Mr. Freeze was stealing diamonds at Gotham Museum.

Gordon and the police later contacted Batman and his partner Robin over to the Snowy Cones Ice Cream Factory which served as the hideout for Mr. Freeze after the villain had escaped from Arkham Asylum. Gordon shows the Cape Crusaders the surveillance video from Arkham which shows Poison Ivy and Bane helping Freeze escape. He also showed surveillance photos from Gotham Airport of Ivy and Bane arriving from South America in disguise. He reminded them that they put ten security guards in the hospital and that Ivy also killed a business man with her poison filled lips and stole his limousine. Batman pointed out that Ivy and Bane are the same duo who sprang Freeze from the Asylum.

"Who *are* you, dear lady?"
―Commissioner Gordon[src]

Later, Poison Ivy used her pheromones to make him fall in love with her in order to get the keys to police headquarters and the Bat-Signal, almost killing him with her toxic kiss.

Gordon continues to collaborate with Batman, whenever possible, calling him either with a Bat-Signal or by video connection. 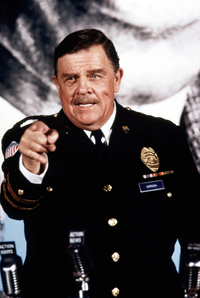 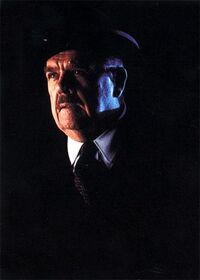 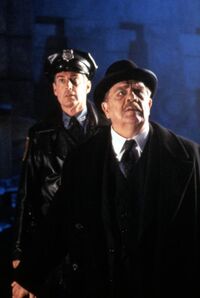 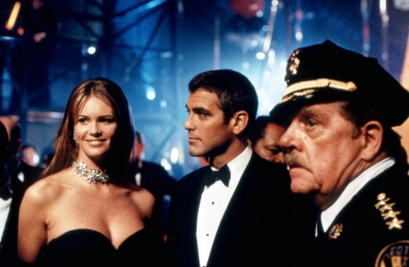 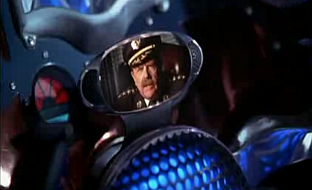 Retrieved from "https://batmananthology.fandom.com/wiki/James_Gordon?oldid=9055"
Community content is available under CC-BY-SA unless otherwise noted.