The Joker Van was the Joker's primary mode of transportation by night. Joker travelled to the Flugelheim Museum in this van for his "date" with Vicki Vale.

By day he preferred to ride in a black Sedan to keep a low profile.

The van was originally just a Axis Chemicals van, usually seen parked outside the gates.

After Jack Napier fashioned himself as the Joker, he decided to customize a Axis van for himself self to compliment the Joker Goon Cars. It was seen as a transport vehicle for the Joker and his goons to the Flugelheim. Upon the gang giving chase to Batman and Vicki, the goons opted to pack into two Joker Goon Cars as Batman made his escape in the Batmobile.

It was presumably destroyed or abandoned with everything else at the Axis Chemical property.

Joker escaped the plant in a green helicopter and used it exclusively until his death shortly thereafter. 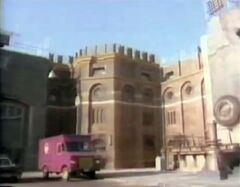 Making of a Hero 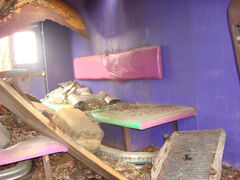 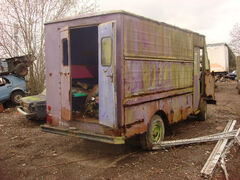 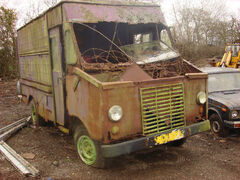 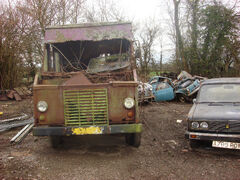 Retrieved from "https://batmananthology.fandom.com/wiki/Joker_Van?oldid=8660"
Community content is available under CC-BY-SA unless otherwise noted.