Jose Fernandez is a sculptor and costume designer. Fernandez sculpted the Batman & Catwoman cowls for Batman Returns, the full 'Panther' Batsuit in Batman Forever. and the Batsuits/Robinsuits in Batman & Robin.

Fernadez also sculpted one of the Nicolas Cage costumes for Tim Burton's Superman.

All they originally hired me to do was texture on Danny DeVito’s fat suit. That’s what they hired me for. I figured it was good to just get in the door. Then when I was in, the opportunity to sculpt Catwoman Michelle Pfeiffer’s mask for the Catwoman suit came up, and I kind of rose my hand for that and got the job. Then the Batman cowl came around eventually because the first one didn’t fit him. So they had to re-do it. I just happened to be the last man standing, so I got a shot at that. So that kind of opened the door for me.[1] 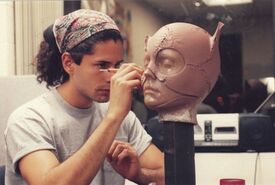 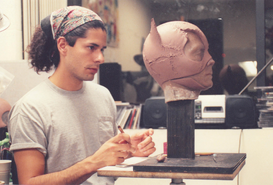 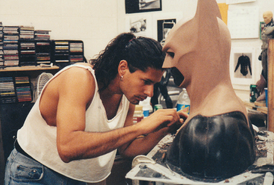 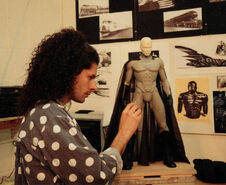 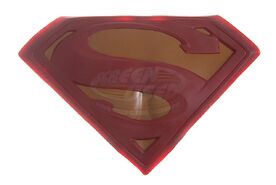 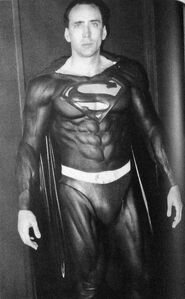 Retrieved from "https://batmananthology.fandom.com/wiki/Jose_Fernandez?oldid=8862"
Community content is available under CC-BY-SA unless otherwise noted.