Shreck's is a large department store in Gotham City originally owned by Max Shreck. If it is still in operation then it would presumably be run by his son, Chip Shreck.

The store holds an annual masquerade ball around Christmas. 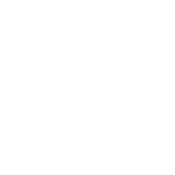 "Easter egg" reference in Batman Arkham City.
Add a photo to this gallery
Retrieved from "https://batmananthology.fandom.com/wiki/Shreck%27s?oldid=6244"
Community content is available under CC-BY-SA unless otherwise noted.