The Sonar Batsuit was a specialty Batsuit with different functions and a vastly diffrent look from the standard suit. It was used on Claw Island to defeat the Riddler. The sonar suit had not yet been field tested and chosen because the Riddler had destroyed all other suits in the vault

It was later upgraded with silver Ice Armor temporarily.

An iridescent silvery-black suit that features a more high-tech, armor-like design than the current batsuit at the time. The suit features a new bat symbol that is spread across the chest instead of being confined within an ellipse like in previous Batsuits. This new Batsuit utilizes lenses that slide automatically over the cowl's eyeholes to display a sonar-generated image of Batman's surroundings to him, allowing him to see with more accuracy in extreme darkness or glare. The primary function of the lenses are a targeting system linked to a special Sonar Batarang with a homing device.

After all the standard Batsuits are destroyed by the Riddler, Bruce is forced to use the prototype with "Sonar" modifications.

Bruce continued to wear the sonar armor as he began to fight crime with his new partner Robin. Later he seemed to revert to a new traditional batsuit, though some improvements from the sonar are evident on it.

Bruce later briefly brought back the Sonar armor with special silver Ice Armor plating. New gadgets were integrated onto the new components specifically for that mission. He wore this variation of the sonar suit while piloting the Bathammer.

Bruce was still in the standard Sonar suit without the cowl or gloves when he put the cure into Alfred's IV to save him.

The suit was designed and sculpted by Jose Fernandez 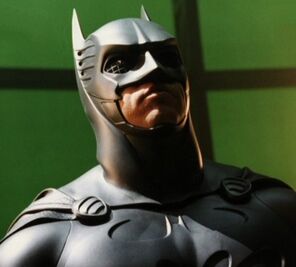 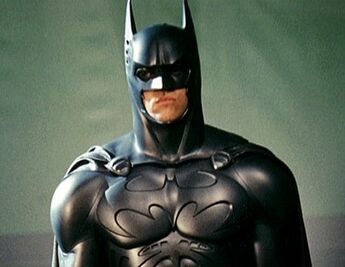 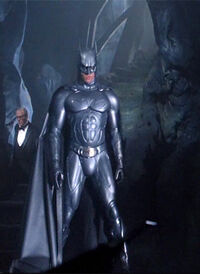 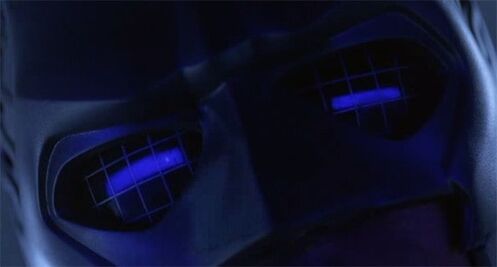 Looney Toons: Back in Action 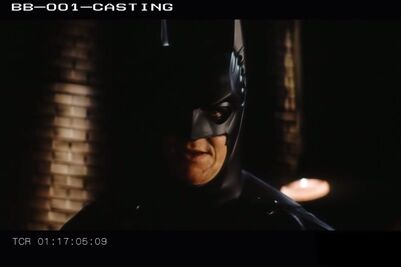 Christian Bale auditioning in a black version of the Sonar Suit for Batman Begins.
Add a photo to this gallery

Retrieved from "https://batmananthology.fandom.com/wiki/Sonar_Batsuit?oldid=10337"
Community content is available under CC-BY-SA unless otherwise noted.